Faced with a BUI charge?  Well, there could be more bad news.  In addition to facing criminal charges, a boater arrested for BUI can face a fine of up to $7,000 if the arresting agency refers the matter to the United States Coast Guard.  The following is a brief summary of this process.

Boaters accused of operating under the influence are not immune from civil administrative hearings. If a local or state law enforcement agency makes a report to the Coast Guard of an operator's arrest for BUI, it is highly likely that a civil hearing will be scheduled in order to determine if a fine is imposed by the federal government and, if so, how much.

Coast Guard hearing officers have no responsibility for the investigation of any case submitted to them for consideration of a civil fine.24 They must decide each case based upon the evidence presented to them. They cannot have any prior connection with the case they are deciding.25 They do have the authority to administer oaths and issue subpoenas necessary to the conduct of a hearing and to the extent provided by law.26

(a) After notice and an opportunity for a hearing, a person found by the Secretary to have violated this subtitle or a regulation prescribed under this subtitle for which a civil penalty is provided, is liable to the United States Government for the civil penalty provided. The amount of the civil penalty shall be assessed by the Secretary by written notice. In determining the amount of the penalty, the Secretary shall consider the nature, circumstances, extent, and gravity of the prohibited acts committed and, with respect to the violator, the degree of culpability, any history of prior offenses, ability to pay, and other matters that justice requires.

(b) The Secretary may compromise, modify, or remit, with or without consideration, a civil penalty under this subtitle until the assessment is referred to the Attorney General.

(c) If a person fails to pay an assessment of a civil penalty after it has become final, the Secretary may refer the matter to the Attorney General for collection in an appropriate district court of the United States.27

The procedural process is a maze of bureaucracy.  The process begins when the marine violation case is sent to the appropriate office, where a hearing officer makes an initial determination as to what fine should be imposed. The officer can assess a fine up to $7,000. In addition to the factors mentioned above, the hearing officer also takes into account the mandates of federal law. State law does not apply here, so even if your client was technically not in violation of RCW 79A.60.040, he/she may have violated federal statutes prohibiting similar conduct. Remember, even if the client has been fortunate enough to plea bargain the case down to a lesser charge the client will not be immune from potential civil penalties from the Coast Guard.

Is Jail Time Mandatory if I Am Convicted of a BUI? 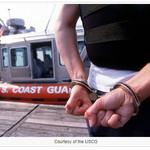 We are often asked if there is mandatory jail time associated with a BUI conviction.  The belief that there is comes from the fact that jail time is mandatory if convicted of a DUI.  Fortunately, at least for the time being, that is not the case with BUIs.              Unlike their d...

Seafair 2017 BUI, Can I Lose My Drivers’ License if Convicted of a BUI?

A summary of the 2015 Seafair weekend and Washington's BUI laws. 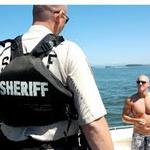 Seattle DUI and BUI attorney William Kirk warns boat operator's of the dangers of impaired boating and provides legal information as to rights of a person who is arrested for suspicion of boating under the influence (BUI).

The Fourth of July weekend is one of the busiest times of the year for DUI arrests. To help fight the rash of drunk driving during this holiday, ride-service company Uber Technologies and Mothers Against Drunk Driving (MADD) partnered up to launch #UberMADD -- a national campaign to help stem dru...

A 62-year-old Montana man faces his 14th DUI charge. Police say that they found Edwin Cuch asleep behind the wheel of his vehicle in Billings last October, reports the Billings Gazette. When the authorities searched the vehicle, they allegedly found a can of high-gravity beer between Cuch's legs...